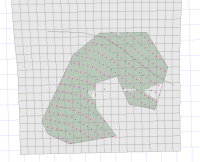 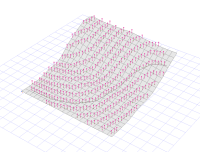 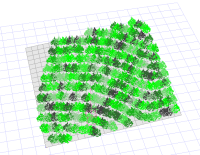 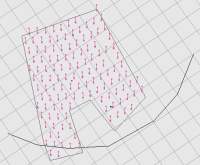 26.2.2015 Simeo is not restricted any more to the AMAPstudio formats. All kinds of files can be added in the scene and exported to a .ops scene file. The scene below contains .opf, .lig, .obj, .txt and and .png files (rendered roughly or by pins). 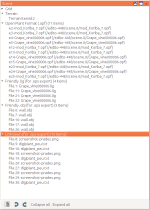 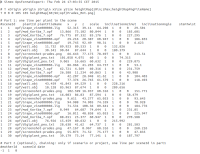 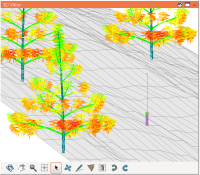 12.9.2014 An AmapSim simulation of a 16 poplar clones plot, each of them repeated 16 times. The image represents the plot with seven years old trees. Height and dbh for the 16 clones were calibrated at age 4 according to measurements done in Ripon (Canada) and validated at age 7 according to data recorded on the same plot. AmapSim is improved with an external plugin that computes diameters according to pipe model and an other one that affects tree growth according to local light interception (computed with Archimed-MIR) and clone effect calibrated at age 4. (J.-F. Barczi) 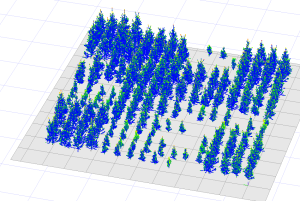 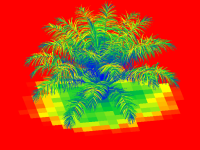 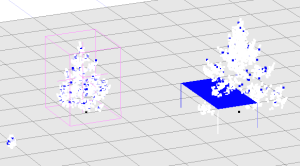 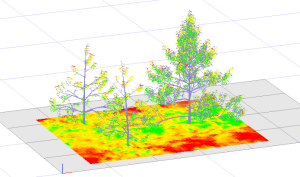 4.2.2014 Working on Edito mockups low disk footprint: a sunflower file (GreenLab1) is planted 8 times on a terrain: one shared backup file only. When a radiative calculation is thrown, the backup file is copied into 8 different files: the plants are becoming different. 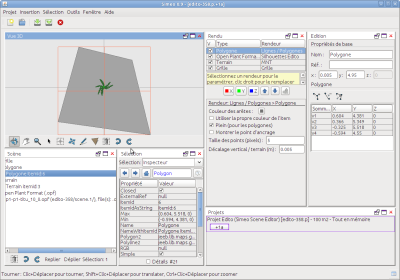 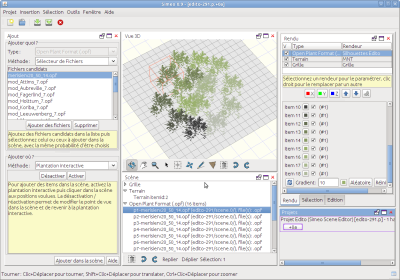 18.7.2012 The Simeo-Archimed1 connexion: compute irradiance at the organ level on a single plant… … and on several plants (calculated by AMAPsim) 2.12.2011 Simeo-AMAPscene with two 10 years old palm-trees before irradiance in Archimed 26.9.2011 Simeo-AMAPscene with colors for the various opf files 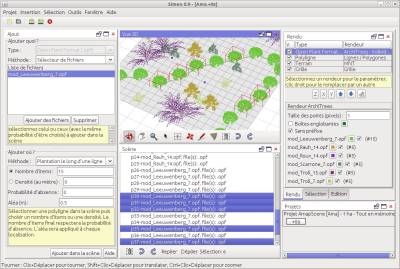 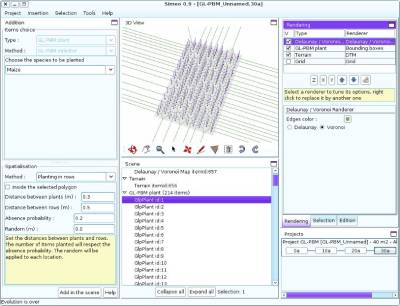