Calculation and visualization of irradiance in a virtual palm stand 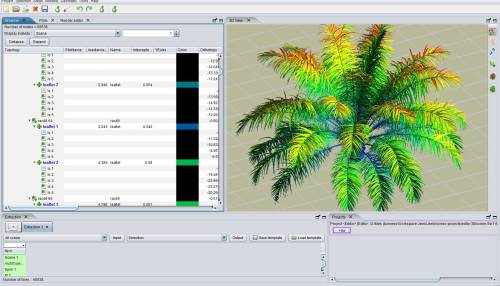 View of the irradiance of plant elements and soil cells. This simulation is run with “toricity” option on a subplot including 2 palms. 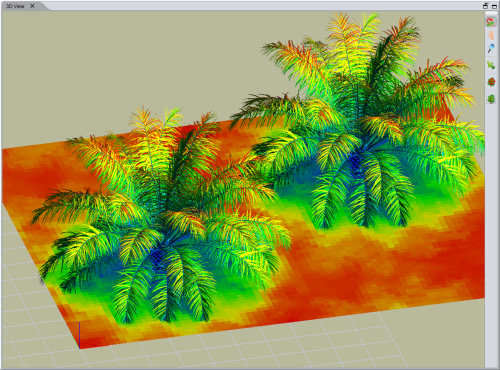 Map of the soil irradiance illustrating how the “toricity” option allows to simulate a virtually infinite canopy with only two trees. 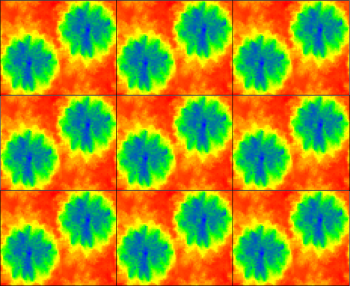 Simulation of lidar backscattering (open it in full size to see the beam moving over the virtual field). The colors reflect the intensity of rays returning toward the sensor. The points spread within and around the footprint represent rays that are scattered several times within the plot before returning to the sensor

1) A plot with a single plant is created by Simeo; 2) MIR is run from Simeo and generate images of the plot viewed from different directions (46 directions by default); 3) The illuminated plant is saved with additional attributes (“irradiance” and “total intercepted radiation”). 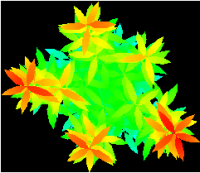 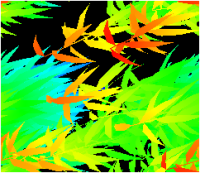 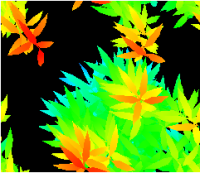 Examples of MIR images. Note that according to the “toricity option” the plot is virtually surrounded by identical plots